From haunted mansions to spooky asylums, the US has a wide and varied catalog of paranormal places to visit and investigate. Rich in history and interesting facts, most of these places have been made into touristic spots thanks to popular culture and rumors of whispers, shadows, and the indescribable feeling of being watched when walking along their halls. Read on to learn more about the 5 most haunted spots in the US. 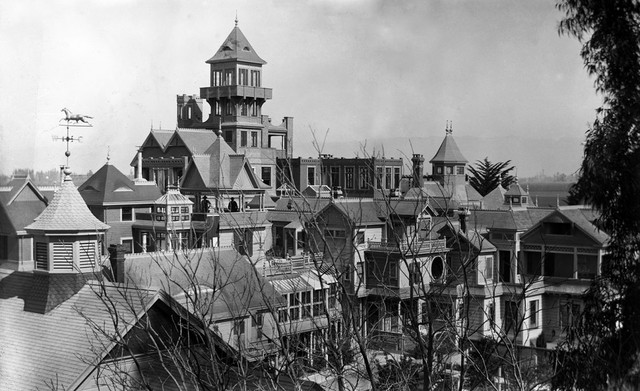 It may look like a fabulous old-style mansion on the outside, but the Winchester house is actually one of the spookiest places in California. Its origin goes back to the 19th century when Sarah Winchester – widow of William Wirt Winchester and heiress to the Winchester Repeating Arms Company fortune – was supposedly told by a seer that she had the duty to build a house where the spirits of those killed by her husband’s family’s weapons could rest.

Sarah was keen on paranormal phenomena and was terrified of ghosts harming her if she didn’t follow the seer’s warnings, so she dedicated the last 38 years of her life to building one of the most impressive mansions in 19th century California.

Located in San Jose, the house originally counted with seven stories – three of which ah to be demolished to an earthquake -, and is full of traps like stairways that lead nowhere, windows on the floors, and doors on the upper floors that open to the outside, with no bars or balconies, all to ‘confuse the ghosts’. Today, the Winchester Mystery House is a popular tourist spot because of its unique architecture and the rumors of whispers and drafts of cold air that can be felt on its hallways.

An immense and looming building located in Weston, West Virginia, was home to the mentally ill from 1864 to 1994, and although it was created from its very conception to be a place of healing and recovery, its truth is way darker than that.

Designed by architect Richard Andrews, this asylum was built so that every room, hallway, and landing was hit with sunlight and fresh air since these were considered ideal conditions to treat mentally strained patients. However, the nice weather did little to better the conditions of the subjects of electroshock therapies and lobotomies, which were common practice at the time and especially in an asylum as big as the Trans-Allegheny.

The asylum – originally built for 250 patients – came to house 2400 people by the 1950s, living in inhumane conditions inside a building that was crumbling due to neglect throughout the years. In 1994, the Tran-Allegheny Lunatic Asylum closed down, but still serves as a modern-day paranormal attraction for the curious.

New Orleans is known as the most haunted city in the US, and with good reason. The amount of myths, legends, and ghost stories mixes with historical richness of the South to create the perfect cocktail of spookiness. NOLA’s hotels, alleyways, and cemeteries are the perfect ground for the paranormal and a good example of this is the Bourbon Orleans Hotel.

This hotel was built on the ground of what once was the New Orleans Ballroom and theater, which later went on to become a convent and orphanage. This might be why many of the reported ghosts seen along its halls belong to different eras. The history of this lodging is rich, and so are the stories that live within.

Among the ghosts people have said to have seen inside the hotel are The Confederate Soldier – a man that stands in hallways of the sixth floor; nuns and children that perished in a fire when the hotel was a convent and orphanage; and a lone dancer reported to be seen swaying beneath the ballroom’s chandelier. 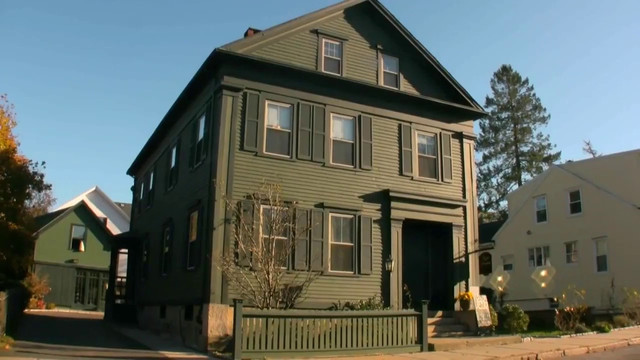 Massachusetts’ history as one of the oldest cities in the US is bound to be a little haunted. From the Salem trials to 19th century horrific murders, this state and pretty much all of its cities have some sort of spooky tale going on.

Such is the case of the Lizzie Borden Hotel and Breakfast, where, in 1892, Andrew and Abby Borden were found dead, and the prime suspect was their daughter Lizzie. The case was widely covered by the media at the time, but Lizzie could never be blamed for her parents’ murder for lack of evidence.

Today, the place of the murder is a museum and lodging, where guests can appreciate the barely changed décor and even sleep in the same room where the Bordens where murdered.

This luxury hotel in Coral Gables is such a legendary spot, that in 1996 it was named a National Historic Landmark. Opened in 1926 to host some of the biggest parties in Florida at the time, it became a military hospital, a VA hospital, and even a university extension through the years. Today, it is back to being a splendid hotel, but with a few ghosts as a bonus.

Among the creepiest events to have occurred at the Biltmore is the murder of mobster Fatty Walsh, whom ever since then is said to roam the halls of the floor where he died. Other scary occurrences that have been reported are laughter and running steps in the halls, lights switching on and off, and objects moving around on their own.

Have you been to any of these haunted spots? Have you seen anything truly scary there? Let us know below!

Best Cities in the US to enjoy the Late Summer

5 of the Most Artistic Cities in the US